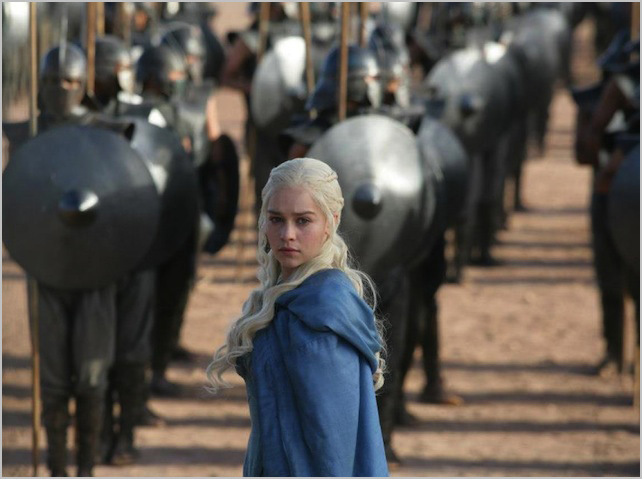 blog Well, we all knew that US cable television giant HBO likes money. Big, fat cash sacks full of money. But I don’t think anyone fully appreciated just how much HBO likes money. From the blog of A Song of Ice and Fire author George R. R. Martin, comes the news that Martin is actively collaborating on a number of possible spinoffs to the series’ TV adaptation Game of Thrones. Martin writes (we recommend you click here for the full blog post):

“Yes, I am involved, and have been for months. I had my first meeting with HBO about the possibility of a successor show back in August, when I pitched them two possible series … Ultimately HBO decided to go ahead with four separate developments”

Martin goes on to note that he’s been actively working with all of the four new writers that are penning early draft pilot scripts, and will soon start working with a fifth writer. However, he adds that in his opinion it’s unlikely that all of the pilot scripts will make it into actual TV series. As for the content? Martin says:

“I don’t especially like the term “spinoff,” and I don’t think it really applies to these new projects. What we’re talking about are new stories set in the “secondary universe” (to borrow Tolkien’s term) of Westeros and the world beyond, the world I created for A Song of Ice and Fire.”

As for the next book in Martin’s A Song of Ice and Fire series, The Winds of Winter? According to the author, it’s still coming, although he doesn’t note a date. Martin has previously revealed he had writing deadlines in 2015 and 2016 for the tome, which will be the second last in the landmark series.

Personally, I remain quite ambivalent about future spinoffs for Game of Thrones. It’s great that Martin is involved — this will ensure that any spinoff series constitute canon for the ASOIAF universe in terms of their plot and characters. And of course Martin himself — as a former television writer — will be well aware of how to mediate against the dangers of putting his material into others’ hands.

However, I also can’t help but feel that quality will slip and that Martin may end up regretting let other writers pen diluted material for his epic series. While I like Game of Thrones, I am more a fan of the book series than I am of the TV show. It is my hope that the proposed TV spinoffs won’t distract Martin from finishing A Song of Ice and Fire — or dilute his already epic vision.